The most serious form of skin cancer is melanoma, which is expected to be diagnosed in about 74,000 persons every year. According to the American Cancer Society, substantially more than 1 million unreported cases of basal cell or squamous cell cancers occur annually. Most, but not all, of these forms of cancers are highly curable. Melanoma is almost always curable in its early stages, but it is also likely to spread to other parts of the body. It is estimated there will be 9,900 deaths from melanoma annually. 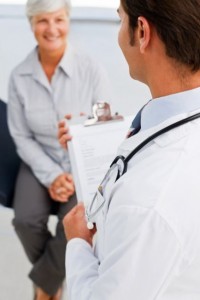 Melanoma is one of the most metabolically active tumors. Any unusual sore, lump, blemish, marking, or change in the way an area of the skin looks or feels may be a sign of skin cancer. A normal mole is generally an evenly colored brown, tan, or black spot on the skin. Once a mole has developed, it will usually stay the same size, shape, and color for many years until it may eventually fade away.
Consult a doctor right away when a mole changes its appearance in size, shape, or color or when:

Early diagnosis is the most important survival factor. Usually, it depends first on finding the lesion visually. Visible screening and early testing are so important. Melanoma is curable when diagnosed early, when it is thin and can be removed from the skin by surgery. Unfortunately, the thicker melanomas are more likely to metastasize to regional lymph nodes and then spread systemically. The high mortality rate of melanoma is because it spreads quickly through the lymphatic and blood systems.

Although many early melanomas are curable by surgery, others spread so quickly that there could be other tumors in the lymph nodes, lungs, brain, or other locations, even if the original skin melanoma is still small. Melanoma that has spread to other parts of the body may not be found until long after the first melanoma has been removed from the skin.

A suspicious mole requires further tests to find out if it is cancerous. The doctor will perform a biopsy and examine some of the cells under a microscope.

Early diagnosis is the most important survival factor.

Physicians diagnose the cancer and determine what kind it is by looking at a sample of the tumor under a microscope. This alone does not determine what treatment is needed. Before treatment, doctors must determine if or how much the melanoma has spread. This is called staging the cancer. In melanoma, staging reflects how thick the tumor is and whether or not it has spread to other organs. This is very important because the treatment and the outlook for recovery both depend on the stage of the cancer.

Once identified, a suspected lesion is biopsied. If it is found to be melanoma, it will be surgically removed, often with the surrounding lymph nodes. A number of diagnostic tests may be performed, including a PET/CT scan and a sentinel node biopsy.

Many early melanomas are curable by surgery, and some patients who present with isolated nodal metastases and no distant metastases may be cured by surgical resection of the tumors. However, for disseminated or metastatic melanoma, surgery is not an option and disseminated melanoma is generally poorly responsive to therapy. Therefore, detection of disseminated metastasis is important before deciding on the correct treatment strategy, and a PET/CT scan can play an important role in staging patients suspicious for distant metastasis. In one whole-body picture, the PET scan can look throughout the body to see if there are any cancer cells that have spread. The PET scan can make the difference in determining whether or not surgery should be done.

Detection of disseminated metastatic disease is important to assess the best course of treatment. 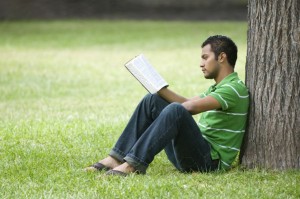 Even when a melanoma has been removed and is considered cured follow-up exams are necessary to see if the cancer has come back. There may be abnormalities on the skin that should be checked by a physician or new symptoms to report such as pain, cough, tiredness or weight loss. Regular doctor visits are required to check for lymph node swelling and to perform a general physical exam. Sometimes, blood tests and imaging exams may be done to check for recurrence.

Before PET/CT imaging, because of the disseminated metastatic disease, it was very difficult to monitor recurrence to see if the melanoma had returned. Multiple CT scans would have to be done to capture images of the whole body. Delay in finding recurrence could result in a delay of further surgical removal.

PET/CT can also be used to image tumor response to therapy and to detect recurrence in successfully treated lesions. For post-surgery and other treatments, PET is extremely important for monitoring if the cancer cells have returned and if new treatments should be started.

Follow-up tests and PET/CT imaging are important for early detection of any recurrent disease.

PET/CT is a noninvasive test that physicians utilize to stage the body for the presence or absence of active tumor, localize the tumor, assess the tumor response to treatment and detect recurrence in treated lesions.

Note: The sensitivity of PET/CT for detecting regional lymph node involvement is low due to micrometastatic disease which is too small to detect. Evaluation of local and regional lymph node metastases is performed by sentinel node mapping and biopsy.