Lung cancer accounts for the most cancer-related deaths in both men and women. More people die of lung cancer than of colon, breast, and prostate cancers combined.

Each year, there will be an estimated 221,200 new cases of lung cancer in the United States: 115,000 cases among men and 106,000 among women, according to the American Cancer Society. Experts predict that this year about 158,000 people will die of lung cancer. While many believe that lung cancer is caused solely by smoking, close to 24,000 non-smokers will also die. Many non-smokers get lung cancer not only from secondhand smoke but also environmental factors, such as radon, asbestos, and beryllium.

Lung cancer is such a deadly disease because it can grow for many years before it is diagnosed and often spreads before it is found. Once lung cancer occurs, cancer cells can break away and metastasize to other parts of the body. Most patients are between 55 to 65 years old when they are diagnosed. Sadly, the overall five-year survival rate in patients with the different types of lung cancer is less than 10%. However, when lung cancer is found before it has spread to other organs and can be removed by surgery; the five-year survival rate improves to 35 to 40%. 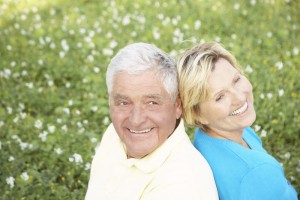 There are many types of lung cancer, but most belong to one of two types:

Small cell lung cancer (SCLC) – Although the cancer cells are small, they spread quickly to form large tumors that then can progress to other parts of the body, including lymph nodes, brain, liver, and bones.

Non-small cell lung cancer (NSCLC) – This is the most common type of lung cancer and incorporates several different sub-types: squamous cell, adenocarcinoma, and large cell. These types of lung cancer may also spread quickly to other parts of the body.

Although most lung cancers do not cause symptoms until they have spread, some of the most common early symptoms may be:

Since most people with early lung cancer do not have any symptoms, only about 15% of lung cancers are found in the early stages. These early cases are often found incidentally, when a chest X-ray, CT scan, or other test are being done for another reason.

If the doctors suspect that a patient is at risk for lung cancer, they will most likely discuss their medical history and perform a physical exam. Suspected lung masses are usually first evaluated through a chest X-ray or a CT scan. These tests can provide information regarding the size and location of a lung mass but most often they cannot tell if the abnormality is benign or cancerous. To characterize the lung mass further, the physician may want to order a PET/CT scan. When lung cancer is found, accurate diagnosis and prompt treatment could save the patient’s life.

Doctors diagnose cancer and determine its origin by looking at a sample of the tumor under a microscope. This alone does not determine the best treatment. Before treatment, doctors must determine if or how much the lung cancer has spread. This is called staging. The type of treatment chosen is based on both the type and the stage of the cancer cells.

A PET/CT scan will image the entire body and will show by uptake of the radioactive glucose if the cancer has affected the nearby lymph nodes or other more distant sites. If the tests show that the cancer has not spread too far, then surgery to remove the tumor is recommended, along with chemotherapy and radiation therapy. If lung cancer is found and treated with surgery before it has spread to lymph nodes or other organs, the five-year survival rate is about 50%.

In general, if the cancer has spread, it is treated by chemotherapy and/or radiation therapy. Lung cancer can spread to nearly anywhere in the body, but most commonly it spreads to the brain, bone and liver.

The information from the PET/CT scan allows the physician to tailor the type and amount of therapy specifically to the patient, depending upon the location and extent of cancer.

A PET/CT scan can help the physician determine whether surgery, chemotherapy or radiation therapy is the best treatment option. 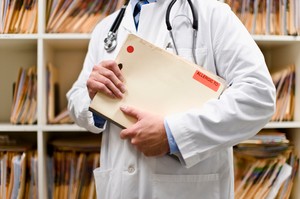 During the course of treatment, it is important to know if the treatment is working and chemotherapy treatment monitoring is a strength of PET/CT imaging. Metabolic changes occur before anatomical changes and in general, the greater the decline in radiopharmaceutical uptake, the better the response to treatment and the better the outcome. Physicians utilize PET/CT data to assess response to lung cancer treatments by comparing a baseline PET/CT scan with another one done after one or two cycles of treatment.

After treatment is complete, it is important to know if any active cancer cells remain in the body. Whole-body PET/CT imaging is useful to help the physician detect post treatment residual disease when anatomic imaging is confusing due to distortion from surgery or radiation. Although the tumor mass or scar may be present and visible on CT scans, the cells may no longer be alive and will not absorb the radioactive tracer. Conversely, if the cancer cells have come back in either lymph nodes or scar tissue from surgery, PET/CT can detect the accumulation of the radioactive glucose much sooner than a CT scan can detect the change.

If anything suggests that the cancer might have come back in either the lung or elsewhere, the doctor will want to do more tests. If retreatment by surgery, radiation therapy, or chemotherapy can be started sooner, it can improve the chance of beating the disease.

PET/CT can be used to image lung cancer response to therapy and to help physicians detect recurrence in treated lesions.

PET/CT is a noninvasive test that physicians utilize to stage the body for the presence or absence of active tumor, localize the tumor, assess the tumor response to treatment and detect recurrence in treated lesions.